Mercury Jets is an on-demand private charter provider, with access to over 4,000 aircraft located globally, 24/7 service, and a dedicated specialist providing you with a hands-on solution, we pride ourselves on top-notch service and a competitive pricing structure.

Charter a private jet from Miami to New York 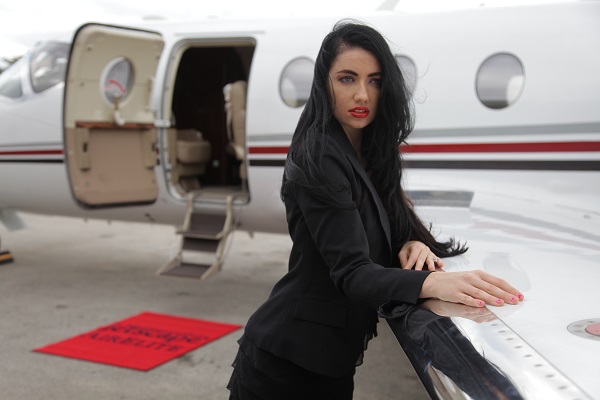 Charter a private jet Miami to/from New York. Recognized for its ease of access, Teterboro Airport is the premier choice for private jet travelers from Miami to New York. As a general aviation reliever airport, Teterboro experiences less congestion than Port Authority airports and provides aviation relief for smaller aircraft and non-commercial flights. Situated only 12 miles from midtown Manhattan, it is ideal for private air charter travelers venturing into the heart of New York or its neighbor New Jersey.

Midsized aircraft options to New York include the Hawker 800XP, Lear 60XR, Falcon 50, and the Citation XLS. Midsized jets can transport up to a maximum of eight passengers and feature a stand-up cabin, luggage space, and ample legroom. Various amenities such as WiFi, digital entertainment, refreshments, food catering, and among services can be provided for your comfort.

Alternatively, light-sized jets offer a more cost-effective charter option configured for speed and privacy. Light-sized jets can seat up to seven passengers cozily and include the Citation series, Hawker 400XP, Lear 31 or 35, and Lear 40 or 45. Whatever preferred aircraft you choose, Private jet charter to New York from Miami typically flies non-stop without interruptions. Our on-demand white-glove charter coordinators will be able to assist you in choosing your preferred aircraft.

How much does it cost to charter a jet from Miami to New York?

The cost of a private jet from Miami to New York is different, considering many factors. Among them are air navigation taxes, flight distance, time of parking, and aircraft type. Here, you should also consider the amount of luggage and changes in route or flight schedule, etc. With the help of the charter flight cost calculator on the website, you can get an approximate flight cost estimate.

The estimated cost of a private jet from Miami to New York (one-way) is as follows:

How long is the charter flight between Miami and New York?

The total flight time for a charter flight between Miami and New York can vary depending on the model of aircraft you select and is usually about two and a half hours. However, for a journey of such length, it is recommended to choose a plane based on the number of people and the overall comfort on board. Therefore, we have created a convenient service with flexible rules, so you can get to your destination on time and do it with maximum convenience.

How do you find empty legs on a private flight between Miami and New York?

The empty legs system is the most economical way to book a flight in business aviation. For example, if a Miami passenger plans to be in New York for an extended period, they will book a flight between Miami and New York. After that flight, the empty plane must return from New York to its home base in Miami. Such a flight without passengers is called an empty leg. Get all the services you need on board, and the flight cost is reduced by 30-70% compared to the regular price. We are ready to advise you on any questions regarding an empty leg flight from Miami to New York.

Airports for private jets from Miami to New York

Renting a private jet has several undeniable advantages over commercial flights. Comfortable aircraft provide complete freedom of movement and are designed for individual or group charter flights. Select a suitable airport for a landing near your destination.

The most popular airports for private flights to New York:

The most popular airports for private charters from Miami are:

Charter Flights from Miami to New York with Mercury Jets

Ready to book your private jet charter from Miami to New York? At Mercury Jets, we plan your flight from its beginning to its safe arrival at your destination, valuing your time and budget. We work 24 hours a day and are ready to offer a private jet at the best price per your requirements. Our expert team charter flights from Miami to New York will suggest the best solution for your journey.
July 1, 2015/by locale2324
Call us: + 57 (300) 929  5246