Mercury Jets offers private jet charter services to and from Amiens, France. Amiens is situated within 50-miles of more than seven airports, but the nearby are Abbeville Airport (XAB), Bray Airport (LFAQ) and Glisy Airport (QAM). There are over 15,000 available private aircraft to choose from, but the most common are light jets including Piaggio Avanti II, Premier I and Citation CJ2+, midsize jets including Citation VI and Hawker 800 XP, and large jets including Challenger 600, Falcon 900 EX and Gulfstream G450.

About Amiens and Things to Do

Located 72 miles north of Paris, 89 miles northwest of Reims, 59 miles southwest of Lille and 22 miles southeast of Abbeville, Amiens is a city situated in northern France on the Somme River, and is the capital of the region of Picardy and of the Department of Somme.Thanks to its geographic location and the Somme River, Amiens has evolved into the region’s commercial, industrial, and railroad center. Amiens is home to numerous universities, with about 30,000 students. Often referred to as the “City of Art and History”, Amiens boasts amazing architectural heritage, rich history, vibrant arts and cultural scene. The most famous tourist attraction in Amiens is the Cathedral of Notre Dame, one of the finest gothic cathedrals in France and also a UNESCO World Heritage Site. Other places of interest include the Jules Verne Museum, the Picardy Museum, the Museum of Contemporary Art, the Perret Tower. Throughout the year Amiens hosts many festivals and events such as the Amiens Jazz Festival, the Amiens International Film Festival, the Hortillonnages Festival, and the Water’s Edge Festival. The city of Amiens is France’s Gateway to the North, attracting millions of tourists each year. 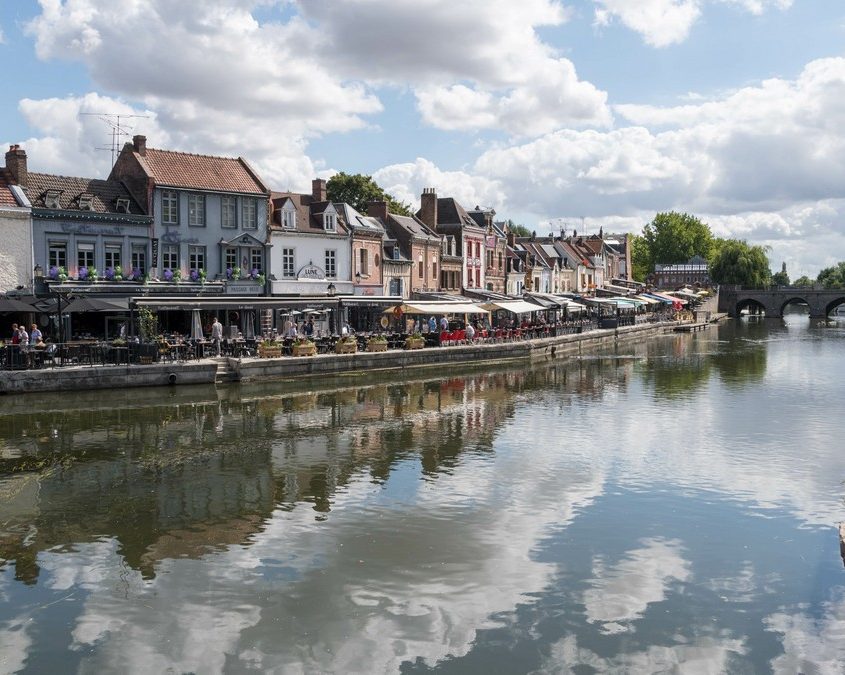