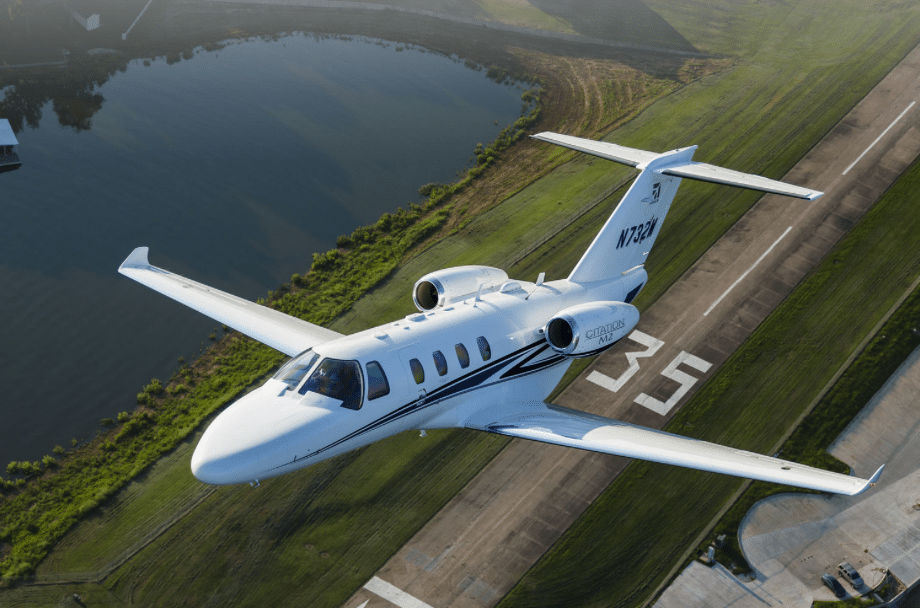 Launched in September 2011 and based on the previous model, the Citation CJ1, the Cessna CitationJ M2 series (Model 525) is a light business jet built by the Cessna Aircraft Company in Wichita, Kansas. The Citation M2 features a new cabin layout as well as a new more efficient turbofan engine. The Cessna Aircraft Company has had a long history, formed in 1927 by Clyde Cessna. The first Citation was put into service in 1972 and more than 35 million flight hours logged since. The Citation line itself now forms one of the largest business jet fleets currently in service with the 7,000th Citation being delivered on June 27, 2016.

Among the many new features, the three most requested are now standard; a beautifully redesigned hard door lavatory, a new food-storage area, and warm LED lighting throughout. Those in combination with the increased speed, up to 20 knots from the previous model, make the M2 very competitive in the light jet arena. The cabin has been completely redesigned from the previous models. There are brand new seat appointments that have improved comfort tremendously, as well as a new entertainment system, called Cessna Clarity.

GET YOUR INSTANT QUOTE – CITATION M2