Mercury Jets is an on demand air charter provider specializing in private jet and turboprop charters in Milan. Our team is composed of industry-leading professionals dedicated to providing our customers with the ultimate air charter experience. We are committed to safety, reliability, and white glove customer service. To obtain a charter quote tailored to your specific needs, please fill in the request form or call our agents 24/7 at +1 (212) 840 8000.

About Milan and Places to Visit

For centuries, Milan has been a center for Europe’s influential artists. A fusion of the past and present is reflected in Milan’s skyline. In its modern era, the city’s prominence in the global fashion industry makes it one of the most desirable locations in Europe for upscale shopping.

Milan’s museums house some of the most influential art collections globally, including major works by Leonardo da Vinci. The Gothic brick church of Santa Maria delle Grazie, in the Corso Magenta, built around 1465, is home to Da Vinci’s most famous painting, The Last Supper. Sforzesco Castle was built in 1368. Early in its history, Italy’s most powerful elite, the Visconti and the Sforza families, held it.

The Castello houses several museums, including a sculpture museum home to the unfinished Pietà Rondanini, Michelangelo’s final sculpture. He worked on the sculpture until he died in 1564. For centuries, the sculpture stood in a courtyard in Rome at the Palazzo Rondanini. Another culturally significant attraction in Milan is the prestigious opera house, La Scala (Teatro alla Scala), where the greatest operatic artists and finest singers worldwide have performed. The theatre was inaugurated in 1778 by Empress Maria Theresa of Austria, then the ruler of Milan. 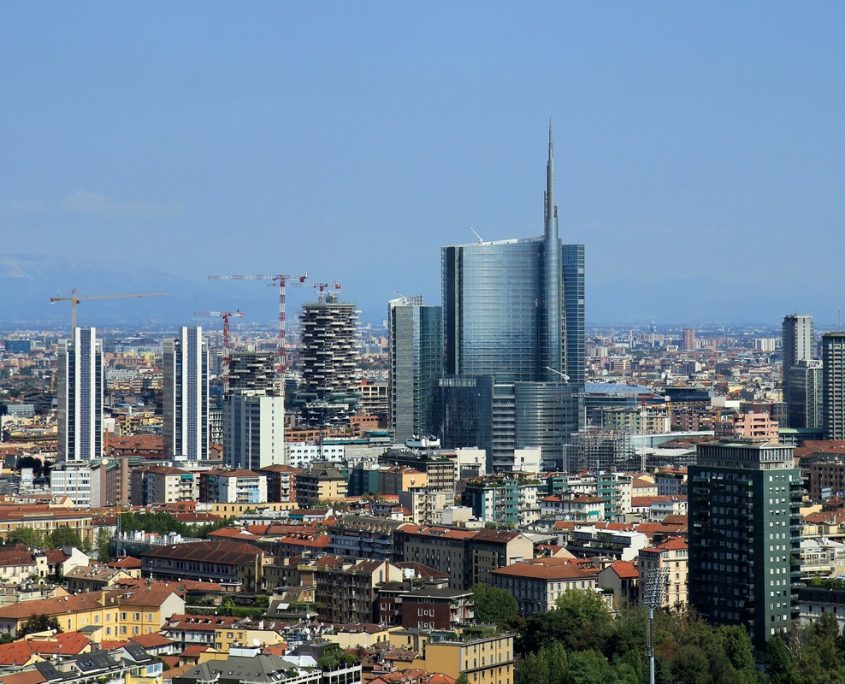