Mercury Jets is an on-demand air charter provider specializing in private jet and turboprop charters in Mississauga. Our team is composed of industry-leading professionals dedicated to providing our customers with the ultimate air charter experience. We are committed to safety, reliability, and white glove customer service. To obtain a charter quote tailored to your specific needs, please fill in the request form or call our agents 24/7 at +1 (212) 840 8000 .

Situated on the western shores of Lake Ontario, the Canadian city Mississauga lies miles east of Brampton, Ontario, and 11 miles west-northwest of Ontario’s provincial capital Toronto. It’s the sixth-largest city in Canada, which has an area of 288.42 square kilometers and a population of almost 700,000 people. Mississauga is part of the Greater Toronto Area, which has a population of over 6 million people and is Canada’s largest metropolitan area.

Mississauga is one of Canada’s important financial and industrial centers; it has the corporate offices of over 50 of Canada’s Fortune 500 companies, including EDS Canada, Baxter Corporation, Pepsi QTG Canada, PricewaterhouseCoopers LLP, Hewlett-Packard, Microsoft, and some others. Mississauga is one of Toronto’s prosperous suburbs, growing exponentially since the mid-1970s. Serving as a residential community for many professionals who work in the Greater Toronto Area, Mississauga is a regional center for shopping, employment, entertainment, recreational, sport, and cultural facilities. Being the gateway city to Toronto, Mississauga is served by four convenience airports – Toronto City Centre Airport (YTZ), Toronto Pearson International Airport (YYZ), Toronto Buttonville Municipal Airport (YKZ), and Toronto/Downsview Airport (YZD). 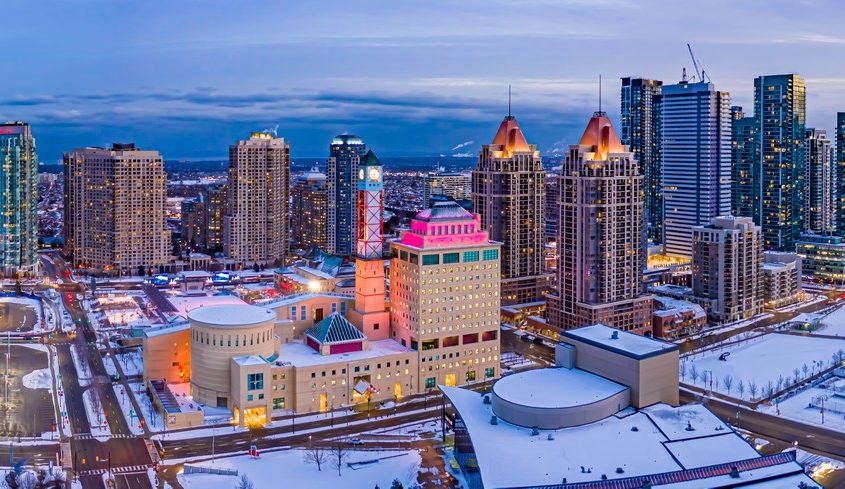