Private charter flights between Paris and Cannes are popular for both business and leisure travel. The famous resort city of Cannes, with its multitude of architectural monuments, festivals, and white-washed villas, has for many years been a popular destination for private charters from Paris and other parts of the world. This fascinating city on the Côte d’Azur has seen almost all the world’s celebrities. It just captivates with its sophistication and luxury. Chartering a private jet to Cannes will provide privacy and comfort for each passenger in your group.

Charter a private jet from Paris to Cannes

Airports for Private Jet Charter from Paris and Cannes

When booking your private jet charter from Paris, one primary airport serves the Cannes area.

Airport Distances and Flight Times from Paris to Cannes

Type Private Jets for Jet Charters between Paris and Cannes

Heavy jets options for chartering a private plane from Paris and Cannes including the Falcon 8x, Challenger 650, and Legacy 500 are selected by private charter clients for the charter route from Paris to Cannes.

The Falcon 8x with three engines offers a range of 6,450 nm. The aircraft has the longest cabin Dassault has built to date. It is one of the most comfortable solutions for group charter flights from Paris to Cannes.

The Challenger 650 from Bombardier is the pinnacle of heavy jet aircraft evolution. This is because it is based on comfort and maximum efficiency. Furthermore, it is perfectly suited for cross-country and transatlantic flights.  The cabin can accommodate up to 12 passengers.

Brazilian company Embraer launched the Legacy 500 in 2012. It seats up to 8 passengers and will provide you with non-stop work and ample personal space. The plane is perfect whether it’s a quick weekend trip or a coast-to-coast trip.

The Lear 60 is an important aircraft in the medium-sized segment, capable of carrying 8 passengers for distances of 2,675 mi. It features improved flying characteristics and a comfortable cabin with leather seats.   Also, it has communication and internet systems on board for the most comfortable private jet flight to Cannes.

The Hawker 800XP can carry up to 8 passengers up to 2,955 miles. This is the second-largest aircraft in the Hawker business jet series. Additionally, it is designed with the latest technological improvements and is also popular in the business aviation segment.

One of the fastest mid-sized aircraft, the Gulfstream G150 offers superior comfort and is capable of connecting most U.S. coastal cities. It has a range of nearly 3,000 nautical miles. The Gulfstream G150’s normal cabin layout accommodates seven passengers.

The Learjet 75 boasts the most advanced cabin management system, and six personal touch-screen monitors, and has one of the most technologically advanced cockpits in its class. Its newly designed luxurious interior makes the Learjet 75 one of the best choices among private jets in Cannes.

The Citation CJ4 is the largest aircraft in the CJ range. It stands out among competing for light jets in terms of cabin amenities. With a range of up to 2,165 nautical miles, the aircraft can fly directly to airports closer to its destination.

How much does a private jet cost from Paris to Cannes?

The estimated cost of a private jet from Paris to Cannes (one-way) is as follows:

The fastest way to start a private flight to Cannes from Paris is to contact our consultants. The city bursts into life in May when it hosts the famous Cannes Film Festival, bringing the rich and famous people together. Book a private jet from Paris to Cannes and travel to France’s foremost festival in maximum comfort.

Fly to Paris with Mercury Jets 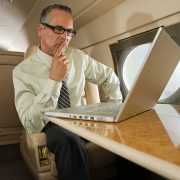 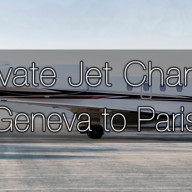