Charter a private jet from Chicago to Las Vegas

Airport Distances and Flight Times from Chicago to Las Vegas

The Falcon 50EX’s operating ceiling is an astounding 49,000 feet. At this altitude, the jet can fly faster and more fuel-efficient than other jets in its class. The 50EX can accommodate up to nine passengers in a comfortable seating arrangement with four club seats, two facing seats, and a three-seat divan.

The Cessna Citation X+ belongs to a coveted group of the fastest private jets in the world. Not only is this jet engineered to be a time-saver, but the interior is designed with passenger comfort in mind with Cessna’s signature color palettes and finishes. The Citation X+ can accommodate up to 12 passengers.

Cessna’s Citation XLS+ outperforms other jets in its class with a short takeoff rate, making it popular with Chicago passengers who prefer to utilize the smaller airports that are located around the city. The XLS+ can accommodate up to 9 passengers.

The Learjet 60XR features a midsize cabin with seating for up seven passengers. On the charter flight from Chicago, guests will enjoy a galley with refreshments and natural lighting throughout the cabin that adds to the 60XR’s pleasant cabin environment.

The Hawker 800XP is a top-performer in its class for the Chicago to Las Vegas charter. Typically seating up to 9 passengers, the 800XP’s VIP configuration provides maximum comfort. The executive configuration can seat up to nine passengers who will enjoy club seating with plenty of table space for planning a fun-filled Las Vegas.

Light jet options for this charter route include the Cessna Citation CJ3+, Embraer Phenom 100 and Learjet 75.

Cessna’s Citation CJ3+ is one of the most frequently chartered jets in its class with an aesthetically pleasing cabin and a spacious layout for productive in-flight meetings or relaxation.

The Embraer Phenom 100 is an economical option for the private charter to Las Vegas for up to six passengers. The Phenom 100 cabin is the tallest and widest cabin in its class.

The Cessna Citation M2 is a great option for leisure travelers from Chicago who want to maximize their time in the entertainment capital of the world. This entry-level member of the Cessna fleet is a also popular choice for passengers exploring the perks of flying private for the first time.

How much does a private jet cost from Chicago to Las Vegas?

The estimated cost of a private jet from Chicago to Las Vegas(one-way) is as follows:

In conclusion, Las Vegas is an entertainment oasis and a popular world-class destination for private charter clients from Chicago. Whether you are visiting Las Vegas to toast a special occasion or for a quick family getaway, your trip will be unforgettable in a private jet.

Mercury Jets’ on-demand white-glove charter coordinators can assist you in choosing your preferred aircraft. To book a flight, call our charter department. Mercury Jets offers an instant quote request. Submit your request here to price out your flight immediately. 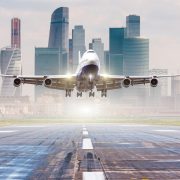 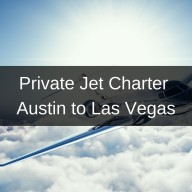 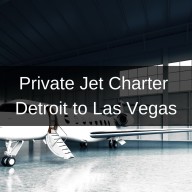