Traveling by private jet from Houston to Dallas or by private charter flight from Dallas to Houston is the best way to travel in comfort and with complete privacy. Located in North Texas, Dallas is a popular destination for short business trips and extended vacations. The Dallas area is a financial hub and growing destination for tech companies.

Dallas is also a destination for leisure travel with a collection of diverse neighborhoods. Visitors enjoy the arts scene and museums in downtown, shopping, restaurants, and nightlife in Uptown, and the Design District’s antique shopping. Throughout Dallas, more than 400 parks provide inviting green spaces for visitors of all ages to relax and enjoy nature during their exploration of the city’s attractions.

How Much Does a Private Jet Cost from Houston to Dallas?

The estimated cost of a private jet from Houston to Dallas (one-way) is as follows:

What Airport Should I Use for My Private Charter Flight from Houston to Dallas?

When chartering a private flight to Dallas, three airports serve the area: Dallas/Fort Worth International Airport (DFW) is the primary international airport serving the Dallas–Fort Worth metroplex area.

Airport Distances and Flight Times from Houston to Dallas

Distances and flight times shown in the charts above should be considered as estimates only. *One (1) nautical mile is equal to 1.1508 statute miles.

What Type of Private Jets Should I Use for My Private Charter Flight from Houston to Dallas?

The Hawker 1000 is a popular jet in its category for its quiet, comfortable cabin and extended range capabilities.

The Falcon 50EX easily covers the charter route from Houston to Dallas with a top speed of 569 mph. The 50EX cabin measurements provide plenty of space for comfortable seating for up to 9 passengers.

The Bombardier Challenger 350 seats up to 12 passengers. The Challenger 350 optimizes cabin space, so you can concentrate on productivity during your flight to Dallas.

Midsize jet options for private charters from Houston to Dallas include the Hawker 850XP, the Learjet 60XR, and the Gulfstream G150.

The Hawker 850XP can seat up to 8 passengers comfortably. With its fuel-efficient design, the 850XP is capable of traveling against headwinds at a high-speed cruise while using less fuel.

The Gulfstream G150 is one of the fastest midsize jets available, with a top speed of 475 knots. Charter clients can select from two seating configurations for their charter flight.

Midsize jets typically seat up to 9 passengers and digital entertainment, a galley, and Wi-Fi for in-flight entertainment.

Light jet options for private jet charters from Houston to Dallas include the Cessna Citation M2, the Beechcraft Premier 1A and Embraer’s Phenom 100E. Light jets offer a cost-effective charter option configured for speed and efficiency.

Cessna’s Citation M2 is a popular option for this route for charter clients with up to 7 passengers. The M2 exceeds expectations with an attention to passenger comfort with inviting color palettes, warm LED lighting and Cessna’s entertainment system, Cessna Clarity.

Beechcraft’s Premier 1A seats up to six passengers in one of the largest cabins in the Light jet class, providing plenty of cabin space for passengers to move about comfortably during flight.

Light jets can seat up to 10 passengers and typically include digital entertainment, a galley and Wi-Fi for in-flight entertainment.

In conclusion, an on-demand private charter flight from Houston to Dallas can be arranged according to your schedule, for a quick weekend getaway or an extended vacation. With the long list of attractions in Dallas, your itinerary will be filled with food, fun, and exploration of this city’s culturally diverse neighborhoods. 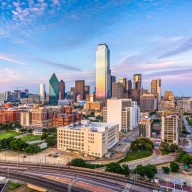 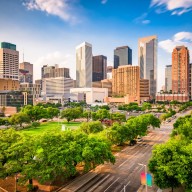 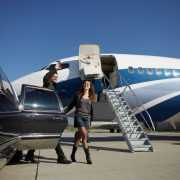 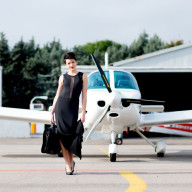