Orlando is a top destination for private jet charters from Norfolk. Families visit Orlando year-round to enjoy time together at more than a dozen theme parks including Walt Disney World, a collection of parks that include Magic Kingdom, Epcot, Animal Kingdom, Hollywood Studios, and Typhoon Lagoon. Other parks include SeaWorld, Universal Orlando, and Dolphin Cove.

When chartering a private flight to Orlando, two airports serve the area:

Airport Distances and Flight Times from Norfolk to Orlando

Distances and flight times are shown in the charts above and should be considered as estimates only. One (1) nautical mile is equal to 1.1508 statute miles.

Private Jet Options for a Private Flight from Norfolk to Orlando

The Gulfstream G280 has 19 windows that allow natural light to flood the cabin and enhance its roomy feeling. The G280 features 100 percent fresh-air circulation and a cabin pressurized to a lower, more easily breathable altitude.

The Falcon 2000LXS accommodates up to 10 passengers. This business jet was designed to be one of the most fuel-efficient and environmentally friendly jets in the Falcon fleet. The jet’s innovative wing design helps it reduce fuel costs and emissions.

The Cessna Citation X+ is known for its fast cruise speed, but passengers also select this business jet for its comfortable cabin with reclining seats and extra legroom. Natural lighting and finishes help create a pleasing contemporary cabin design.

Midsize jet options for private charters from Norfolk to Orlando include the Hawker 850XP, Gulfstream G150, and the Learjet 60XR.

The Hawker 850XP is one of Bombardier’s best-selling business jets. With the addition of innovative winglets, the business jet became a faster, more fuel-efficient aircraft and a top competitor in its class.

The Gulfstream G150 can operate at altitudes of up to 45,000 feet, where the jet consumes less fuel at higher speeds. Private charter passengers from Norfolk will enjoy the flight to Orlando in superior comfort in this remarkable private jet.

The powerful Learjet 60XR is one of the most popular jets in its class, designed to outclimb all midsize jets. The jet accommodates seven passengers in a quiet cabin that offers a variety of floor plans to maximize usable space for enjoyable conversations during the flight to Orlando.

Cessna’s successful Citation series is a result of decades of innovation and focus on a balance between economy, performance and passenger comfort. Private fliers will enjoy the M2’s inviting cabin environment and cabin amenities that rival larger jets.

The Bombardier Learjet 75 delivers value with some of the amenities of a larger jet and a combination of speed, range, and comfort. The Learjet 75 can fly at Mach 0.80 with a range of more than 2,040 miles.

One of Embraer’s top-selling jets, the Phenom 300 is a standout performer in its category, with seating for up to eight passengers. Inside the cabin, the ergonomic design includes reclinable full-size seats that can slide toward the center for additional room.

How much does a private jet cost from Norfolk to Orlando?

The estimated cost of a private jet from Norfolk to Orlando (one-way) is as follows:

In summary, Orlando is a popular destination for private jet charters from Norfolk. This year-round destination is known for its sunshine and attractions that thrill visitors of all ages. Whatever experiences you choose to include on your customized itinerary, traveling to Orlando in a private jet will make your travel time more productive and enjoyable, especially in the company of friends and family.

Choose Mercury Jets for a Private Flight from Norfolk to Orlando

Mercury Jets’ on-demand white-glove charter coordinators can assist you in choosing your preferred aircraft. To book a flight, call +1 212-840-8000 for our charter department. Mercury Jets offers an instant quote request. Submit your request here to price out your flight immediately. 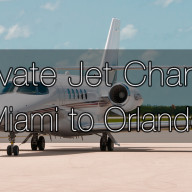 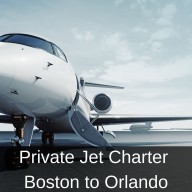