Mercury Jets offers private jet charter services to and from Venice, Italy. Situated on a lagoon of the Adriatic Sea Venice is a city in northeastern Italy and the capital of Venetia region. Venice is a major tourism, cultural and commercial centre of Italy. Founded in the fifth century by the sea farers and the Roman refugees, Venice became a main maritime power during the Middle Ages and Renaissance periods. It was also a significant commercial center that was known for fine manufactured goods, and spice trade industries. In the 13th century up to the end of the 17th century Venice flourished as a center of arts. It is one of the popular tourist destinations in Italy and a major centre for tourism, attracting about 20 million tourists every year. Besides the tourism industry, other main industries are transport, public administration, shipbuilding, financial services, communication, metals and metal products, footwear, chemical products, and glass products. Venice boasts Ca’ Foscari University of Venice, the first institution in Italy devoted to the superior study of economics and commerce.

Venice is often nicknamed the “City of Water”, “Queen of the Adriatic”, “City of Bridges”, “The Floating City”, and “City of Canals” and is regarded as one of Europe’s most romantic destinations. The most famous places of interest are Grand Canal, St.Mark’s Basilica, Basilica of San Giovanni e Paolo, Confraternity of St.Roch, Church of St. Sebastian, and Basilica of St.Mary of Salvation. While being in Venice make sure to enjoy a visit to the Doges Palace, take a tour through the Marciano Museum, or take a ride on a gondola down the Grand Canal. There are several prestigious international events and festivals, including the Venice Film Festival and Venice Biennale, which draws visitors from all parts of the world. 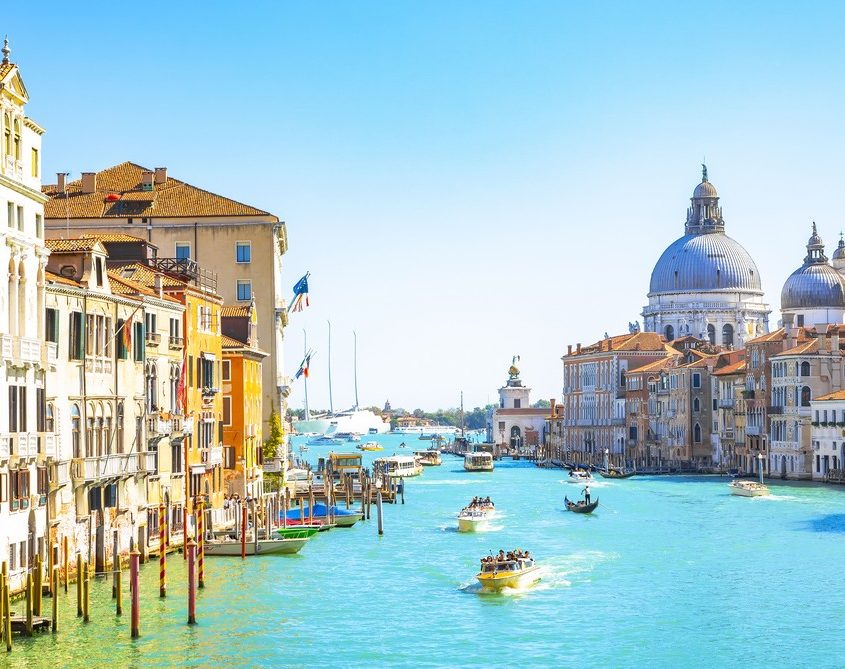